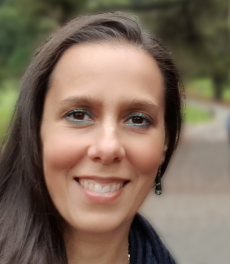 Benita French is an author and expert energy healer. She trained from early childhood and was an energy healing prodigy. Although Benita studied Psychology and Kinesiology, she developed her own energetic healing methods and her own therapy methods to assist her clients.

Her client’s life history was spontaneously studied and analysed by Benita (while she was offering energy healing sessions), including the emotional traumas they endured. For a further understanding of energy healing, see section 2 when you click here. Benita’s connection with her client’s energy was also achieved through the use of various intuitive methods and tools. This helped her decide on the best healing techniques for her client at the time.

Part of Benita’s energy healing sessions involved meditation and the use of crystals. Meditation enabled the healing session to be integrated within her client and helped them have their own realizations which lead to change. Crystals were held in the client’s hands or placed on or around their person and environment, facilitating the infusion of Benita’s healing energy, to support longer lasting healing effects.

Energy Healing covers a wide range of modalities: This includes Reiki*, Charka Healing*, Colour Healing*, Spiritual Healing*, Kinesiology healing*, Pranic healing, Kundalini healing*, Bio Energy energy, Crystal healing*, Vibrational healing, Quantum Touch healing  amidst others. When it comes down to the actual healing work, the ‘names’ mean nothing. It’s about energy and which type of energy healing system the healer or the clients is using, has had experience with or are interested in exercising. (Benita’s experience- receiving it and practising it*)

Ill health or bad luck?
Poor diet, unhealthy habits or an accident may look like the cause of ill health, bad luck or missed opportunities, but really, it’s how negative thoughts and feelings finally manifest to the surface, after years and decades of negative habits. Negativity isn’t necessarily bad. It’s not good, but not ‘bad’ in itself. It creates bad results and is usually because of emotional pain and tiredness that you feel unable or unaware to control or resolve at the time. Negative habits may not be maintained you, perhaps you are surrounded by negative people and the negativity is not actually ‘yours’. If you’re surrounded by negativity and it’s come to be the norm, so much so that you can’t recognize when you think and act like ‘them’, this inadvertently creates the negative habits. That is, you are, without meaning to, getting into negative habits that create ill health and perceived ‘bad luck’. No matter what the outer causes, the thoughts and feelings were going to be expressed anyway, it just seems like health problems or an accident happened, which is why you may be suffering now.


ENERGY HEALING MELBOURNE – A BRIEF HISTORY
The rest of this page is devoted to the pioneering Energy Healing Melbourne story from 1870 to 1987. Benita’s involvement at the end.

During the 1870s, in Melbourne, Energy healing went under the name Magnetic Healing and often involved magnetised water and “the ministering of angels” with the first of these Melbourne Energy healers being William Jon Martell and his medium HALSYEA. Other early Melbourne Magnetic Healers were Mr. Milner Stephen and Mr Singleton of Collingwood.

While Melbourne had its fair share of storekeepers and chemists selling Healing Ointments and Remedies in the early 1800s (most notably “Krams’ Healing Ointments”), it was only in the 1870s that the gift of hands-on energy healing was publicly practised outside of the church. Bookshop and Health Store owner, William Terry was one of the most prominent energy healers in Melbourne. He edited the first Spiritualist magazine in Australia, “The Harbinger of Light” (1870 to 1954) and founded the Victorian Spiritualists Union which is still serving spiritualism to this day. William Terry also sponsored the tour of Mr J. M. Peebles, an American spiritualist and medium who visited Melbourne in 1872 to share his energy healing gifts and to give several presentations in the form of “soiree and conversazione”. Mr Peebles, a former Christian minister was the author of “Seers of the Ages.” While not the first, William Terry was the most influential pioneer of the Energy Healing Melbourne movement.

It was the flourishing Melbourne Spiritualist movement that would continue to nurture and support the early Melbourne Energy Healers.

During the 1880s an uncanny number of comets were visible in the earth’s sky before burning up as they flew too close to the Sun. The first of these, The Great Southern Comet of 1880 was visible from Feb 2nd to Feb 5th with its tail seen each night extending above the horizon. This auspicious event sparked a lot of spiritual theorising that the comet’s aura would directly influence human energy fields. Some seeing its energy as a dark omen and for others a sign of purification and improvement due to its spiritual significance and magnetic influence.

The ancient Indian tradition of Pranic Energy Healing did not make it to Melbourne until 1919 with the arrival of Prof. W. Chandan, an Indian Herbalist operating out of 164 Sydney Rd, Melbourne and Chungarin an Indian Herbal Healer who gave free advice from his Gladstone House practice (84 Victoria Street, North Melbourne).

Traditional Chinese Medicine’s (TCM) reference to vital energy called Chi and concepts of Ying and Yang energy would have arrived with the early 1850’s Chinese immigrants, but rarely left their close-knit communities until much later in the 1960s and 70s when founders of Kinesiology adopted many principles of TCM. Benita has had many TCM treatments and has studied and practised Kinesiology (a form of energy healing), experiencing for herself how close the links are between energy healing and TCM.

Other influential moments in the early Melbourne Energy Healing story were the creation of “Core Energetics (CE)” in 1971 by John Pierrakos M.D. (a refinement of Bioenergetics) and Barbara Brennan’s 1987 book “Hands of Light” a complete guide to Energy Healing. Even though Brennan and Pierrakos are American, some healers in Melbourne adopted and practised their methods. Benita still has her copy of Hands of Light from the 1980s.

“Hands of Light unnecessarily intellectualises and over complicates essential and simple principles behind healing (probably due to Brennan’s background as a physicist) which does not help readers (especially those without healing experience) to understand how healing works or how energy works. Rather, it helps readers feel they are not smart enough or not spiritual enough to grasp what energy healing is all about. Too much of the book has not been explained which means that it’s only really suitable for those who think they have some understanding of energy and healing, but have not necessarily been adequately educated or practised healing seriously”.
Benita does, however, revere Brennan’s pioneering efforts and considers her an important teacher.

There are many historical instances of Spiritual healing within Melbourne Churches one of which (Saint Raphaels Church of Healing, North Fitzroy- was unfortunately demolished in the mid 1990s and replaced by apartments) Benita regularly attended during the 1980s and early 1990s. Alfred Jacka also attended the Church and practised occasionally before he founded his school of natural therapies.