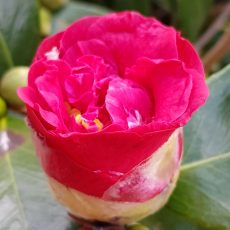 Meditation, Healing and Manifesting was a weekly class that focused on meditation as being central to a journey in Spiritual Development, Self Healing, and Manifesting. The purpose of Benita’s classes were to help her students see the following:

“This was not your average Melbourne Meditation Class. I think it was what spiritual women were looking for but didn’t know it. It’s not boring, like I usually find meditation classes to be”.
Jenny, Freelancer, Melbourne Australia.

Stage One – HEALING: Rather than have you struggle to concentrate and meditate when you first arrive, the class started with physical self healing exercises. Benita guided her students through a series of self-healing exercises designed to help them heal almost anything. She encouraged them to see another perspective: that in order to let go and move on from their troubles, they needed to stop telling themselves they were over it and acknowledge the pain they still feel, the pain that was brushed aside by their parents, upbringing and culture. 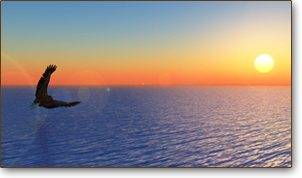 Stage Two – MEDITATION: Benita taught meditation in a non-ceremonial way using 4 key phases:
1- Breathing- proper breathing, slowly and constantly
2- Hearing the words “I AM” over and over in your mind
3- Focusing on your heart while breathing and hearing the words in your head
4- Holding a crystal at your heart (provided by Benita or the students were already wearing one)
This meditation you can do anywhere: waiting for the kettle to boil, in the shower, even as a walking meditation around the Melbourne CBD. Holding the crystal at your heart may or may not be possible depending on your circumstances.

You can do Benita’s style of meditation for one minute, ten minutes or longer. Unlike other mediation teachers, she did NOT encourage a set time of day or a set time span for the meditation to take place, eg. She did not suggest that you ‘should’ meditate only at sunrise for half an hour on a daily basis- this is what most people think of when they think of meditation. That it’s hard, it’s for a long time, that it’s not convenient and not maintainable. Benita’s style of meditation is possible to do while you’re driving, at the kitchen sink or in the toilet at work. 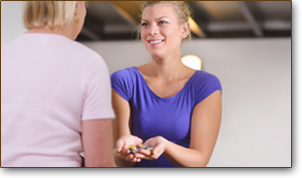 Stage 3 – MANIFESTING: There was also a manifesting visualization segment at the end of the class where you focus on feeling and achieving the things you desire, having been prepared by the meditation and healing exercises Benita facilitated beforehand. She instructed the group on getting in touch with what they wanted and seeing what they wanted. Benita then directed group members to focus on one individual of the group, to send them positive feelings and bright light. Each group member had their turn.

Some students travelled two hours JUST TO ATTEND this class, others lived nearby, some used it as an outing with their partners and friends instead of going to the movies or a cafe.

“I attended the classes for positive support and in order to stay focused on my goals”
Tessa, Yoga teacher, Melbourne Australia

There is literally an ocean of Meditation Classes in Melbourne, ranging in style, technique, goal and agenda. This Meditation Melbourne class is not connected with any religion or organisation. The aim is not to recruit. The classes were driven by the students’ PERSONAL GOALS and wanting to make them a reality.

While Benita facilitated some very active, self healing exercises, this was not a Yoga Class. You didn’t need to wear anything special or be able to sit down for long periods of time. Unlike the defined (7 day or 10 week) Meditation Courses in Melbourne and unlike Mindfulness Meditation, these classes were so much more and unique to your instructor and healer, Benita French.

Benita communicated in a warm, straightforward manner and spoke in simple truths without jargon or spiritual lingo, so that students could immediately get in touch with the core work necessary to move forward.

“Ever since I started meditating regularly, I noticed how much more connected I was with myself and what really mattered. I became aware of stuff around me that normally slipped under my radar. How was I living without Benita’s meditation classes before!”
Liisa, Crystal Healer, Melbourne Australia.