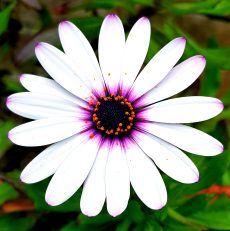 Benita French is an author and one of Australia’s most experienced Numerologists. She is a widely respected Sydney Numerologist. Her study of Numerology began in 1981 and has continued ever since.

Benita French is a top Sydney Numerologist integrating her own approach to Numerology as part of her exclusive healing sessions for women. She was regularly told by her Sydney Numerology clients that a heavy weight had lifted off them by the end of the session, a weight they did not perceive possible to be lifted through a Numerology reading.

Benita’s Sydney Numerology Readings were followed up with Kinesiology and Intuitive Counselling. This helped to heal pain from her client’s past and aimed at correcting their old emotional patterns so they can finally be rid of problem people and situations in their life, enabling a clean slate with increased prosperity.

This rest of this Numerology Sydney page is a tribute to the pioneering women of Numerology in Sydney.

Where It All Began…
Mrs. Edith Marshall was one of the first Sydney Numerologist to advertise her private readings and classes and although she would go on to become “The Melbourne Numerologist” of the 1920’s, Edith Marshall began her career as a Numerologist in Sydney in 1916 working from suite 54 on the 4th floor of Station House (now a backpackers called 790 ON GEORGE). By the time Mrs. Marshall moved to Melbourne, she was closely associated with and often gave her Numerology talks at Spiritualist meetings and in 1927 she briefly returned to Sydney.

The Church of Spiritual Philosophy was also running a weekly Numerology class in Newcastle as early as 1917.

By the 1920’s Numerology was being described in the Sydney newspaper columns as a fashionable craze alongside the psychoanalysis, crystal and tarot card vogue, but then they also incorrectly described Numerology as a method of fortune telling. In 1925 it was illegal to practise fortune telling in Australia.

It was Hettie Templeton who truly set Numerology apart from the fortune telling and occult realms and established it as a fundamental tool of the very early psychologists in Australia. The science of psychology in the early 20th century had not yet been adopted and sanitized into the medical profession. While the Numerology Sydney story doesn’t begin with Hettie Templeton, she is certainly recognised as one of the most influential Numerologist not only in Sydney but Australia-wide.

Born in 1887, Hettie Templeton began her radio show on 2GB Sydney in 1935. The show went to air every Thursday as a lunchtime programme simply titled “Numerology” and she continued for two years with 2GB. In 1937 Hettie moved her radio show to 2UE with a more specialised show relating Numerology specifically to the upbringing of children in a 10:45 morning slot. In this new show, Hettie Templeton offered her guidance as a Numerologist to help Mothers who wanted to better understand and train their children and to better direct them into a career that was most suited to them. This groundbreaking Numerology show soon moved back to 2GB and hettie began lecture tours to other states outside of NSW.

In 1940 with the publication of her book “Numbers and Their influence” Hettie had established her self as the foremost Numerologist in Australia. By the 1950s her influence was well documented. Numerology, even today, can be best explained with a quote from a 1941 review of Hettie Templeton’s book – “Perhaps the most satisfying thing about it (Numerology) is the way it explains us to ourselves.”

For Hettie Templeton and other readers, Numerology was one of many tools in their work as a counsellor within the relatively new field of Psychology. For the uninitiated though, including a critic of Hettie’s first book, Numerology was often shrugged off, without investigation, as merely “a new parlor game”.

In 1945 Hettie Templeton published her second book, “Is this your problem?” and then in 1948 she published “Is This Your Number?” followed by “A Philoshophy Of Numbers” in 1956 which served as an update to her first book providing further guidance in the understanding and training of children through Numerology.

In 2007, RoseMary Templeton who had studied under her Grandmother (Hettie), combined her own insights with a revision of Hettie’s overall teachings and approach to counselling parents.