Series: How To Attract A Better Relationship – Part 9 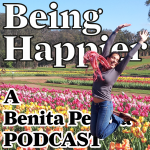 This message about relationships might not directly belong under the category of How To Attract A Better Relationship, but it does have to do with your relationship choices in the past, which will ultimately link up with your next relationship or perhaps the one you’re in now.

Whether you are or aren’t in a relationship at the moment, you have probably done some reflections on your past relationships (long term or very short term) and given yourself a mini beating for being so stupid as to be involved with ‘that idiot’. Sometimes the judgments and the grief you give yourself can be quite strong because you just can’t believe that you were so stupid back then, for months or years or decades.

Clients tell me all the time how dumb they feel that they were in a stupid relationship and they ask me: why am I in this relationship that’s making me unhappy or why did I do that to myself or why am I letting them come back? It’s not about the stupid choices you made with those stupid people, that’s a superficial way of looking at it.

You probably didn’t learn “the” best or the healthiest version of a relationship because if you had, you wouldn’t have made so-called dumb relationship choices.  In some ways (excluding reasons to do with your soul’s evolution and karma which is not within the scope of this subject but I aim to address this link another time) it wasn’t your fault that your ex (or maybe current) partner abused you, took you for granted, didn’t like you, didn’t care for you properly, didn’t support, didn’t respect you, didn’t understand you and didn’t believe in you. You learned to feel you deserve that from your childhood conditioning.

People are generally driven by childhood conditioning to choose relationships that make them unhappy.

If you have done some inner child healing, you’re more likely to quickly identify and be aware of the negative choices you’re making and correct them, but not always. So the next time you’re kicking yourself for being dumb for allowing an uncaring and unaware person to be in your life back then, or even now, try to stop. It’s the result of your inner child not receiving adequate healing that has lead you as an adult to make relationship choices that don’t support your happiness.